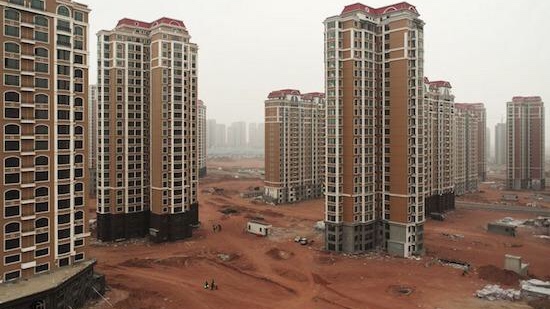 For much of the past 15 years, China was one of the most popular investment themes in the world. From 2005 to 2007, the Chinese Shanghai Composite Index increased 500 percent. Economic statistics told of a construction and real estate boom that appeared to be the most intense in the history of the world. Both individual and professional investors clamored to invest in the land of the Red Dragon. For decades, investors speculated about what would happen when the strength of power of more than a billion Chinese consumers finally spilled onto the world stage. Maybe it was finally happening.

It wasn’t. The China growth machine was mostly a mirage.

Whether it is the death toll at Tiananmen Square, CO2 emissions or history of Tibet, China has a long history of fabricating information. It is difficult to rationalize trusting the country’s economic data. The Chinese government releases its economic growth data almost immediately after the end of each month, never adjusting the figures. The U.S., which employs ten times the number of government economists per capita than the Chinese government, typically estimates GDP five weeks following month-end, then revises the figure another three times over the next quarter.

China either fabricates its growth figures or simply guesses at them. Either way, no rational, passive investor should have ever trusted them.

The division between the consumer and capital components of China’s reported GDP should have been a clue for careful investors who wanted to know the truth. Most of China’s growth was in the construction sector, a number that was easily manipulated by the government simply building things. The government built entire unneeded cities that still sit creepily empty. From 2011 to 2013, Chinese construction used more concrete than the United States did during the entire 20th century. From 2008 to 2012, China added 63 billion square feet of office space – the equivalent of more than 50 Manhattans.

I’m guessing you’re not likely about to move all of your 401(k) assets to China. But you may be tempted to invest in any of a number of other things that simply don’t pass the smell test. Don’t buy something simply because its price has increased, particularly if you don’t understand it. It’s okay to miss out on something that seems too good to be true. Those things usually are.