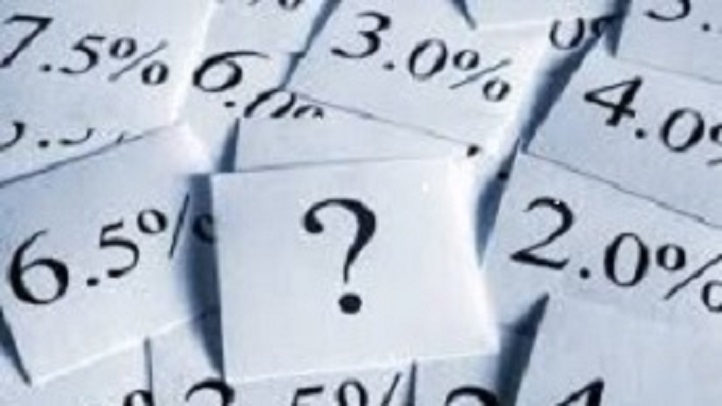 If there is anything that feels like a given in finance, it is that interest rates are headed higher. Nearly everyone agrees on it. Financial plans of individuals, businesses and defined benefit retirement plans are built around the notion that interest rates will increase.

What if everyone is wrong? What would be the implications?

Investors intuitively understand that a dollar today is worth more than a dollar in the future. That is why lenders require interest. But if investible interest rates are lower than the rate of consumer price increases, investors suffer real losses when purchasing CDs and other fixed income instruments.

The yield on a five-year US Treasury bond is currently 1.1 percent, compared to the current 1.06 percent official inflation rate, almost guaranteeing that investors in Treasuries will, at best, break even over the next five years.

When there is a reasonable spread between inflation and interest rates, people have an incentive to save. With that spread all but gone the structural incentive is biased toward spending, yet the need for savings increases.

Perpetually low interest rates would mean that the current asset allocations for many investors won’t achieve their goals. With CD rates falling short of inflation, many of those 50/50 equity/bond allocations simply won’t generate the needed income.

Institutional pension plans could be in dire straits if rates never increase. (They might be in worse shape, however, if rates increase shiftily and significantly.) The Tennessee Consolidated Retirement System projects that bonds will earn less than one percent in the future. As of its last report, the state of Tennessee had 29 percent of its pension assets invested in bonds, meaning that it expects almost a third of its assets to lose ground to inflation.

It is not uncommon for the most proper course of action to seem counter-intuitive. In the 1980s, rampant inflation discouraged investors from buying long-term fixed income securities, although it was, in hindsight, a fantastic strategy.

A counter-intuitive strategy today would assume that rates might remain low for the foreseeable future. Retirement planning in that type of environment would likely result in seemingly low allocations to bonds, with longer than intuitively appropriate maturities.

An uncomfortable strategy for dealing with perpetually low interest rates would be to save more and work longer. It is simply an unfortunate result of a current investment rate environment.

The worst strategy for dealing with low interest rates is to turn to gimmicks. Radio and television ads are full of them today. If something doesn’t smell right, there is usually a good reason.