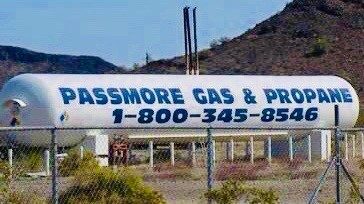 For 25 years I have done my business banking in the same location. The bank has changed ownership a number of times, always accompanied by a name change. Years ago, bank names had an obvious logic to them. “Third National Bank” was probably the third nationally-charted bank in an area. “Bank of East Tennessee” was a bank somewhere in east Tennessee. Perhaps “BB&T” is/was a bit cryptic, but most people probably figure the word “bank” was represented somewhere in that acronym. “SunTrust” sounds like a bank at the beach.

I hope my friends and the other good people at my bank will forgive me for making fun of it, but it will take me a while to get used to Truist, the new name for the combination of SunTrust and BB&T. My autocorrect keeps trying to change it to “truest” or “tryst, depending on how I misspell it. SunTrust and BB&T hired consulting firm Interbrand to help with branding the combined bank, including devising the new name. When asked about the company’s $7 million contract to name the merged company, Interbrand CEO Daniel Binns explained, “naming is a complex process.” Sure, okay.

Some company names – or almost names – are pretty funny. In 1996, two Stanford PhD students launched a search engine called BackRub. By 1998, founders Larry Page and Sergey Brin had changed the name to Google. Amazon’s Jeff Bezos originally had Cadabra in mind for the name of his everything store, until his attorney noted its close resemblance to the word cadaver. Yahoo was originally named Jerry’s Guide to the World Wide Web. Two years after founding Yomax Technologies, Bob Parsons changed the company’s name to GoDaddy.

Ruth’s Chris and Fifth Third Bank seem to have overcome names that are moderate tongue twisters. Other brands, such as Lululemon, were named specifically with tongue twisting in mind, in a bid to be catchy and thus stick in consumers’ heads.

Of course, glass houses and stone throwing are dangerous. I considered my company’s domain, mooncap.com, safe and simple until I recently learned about a popular women’s hygiene product: the Mooncup.