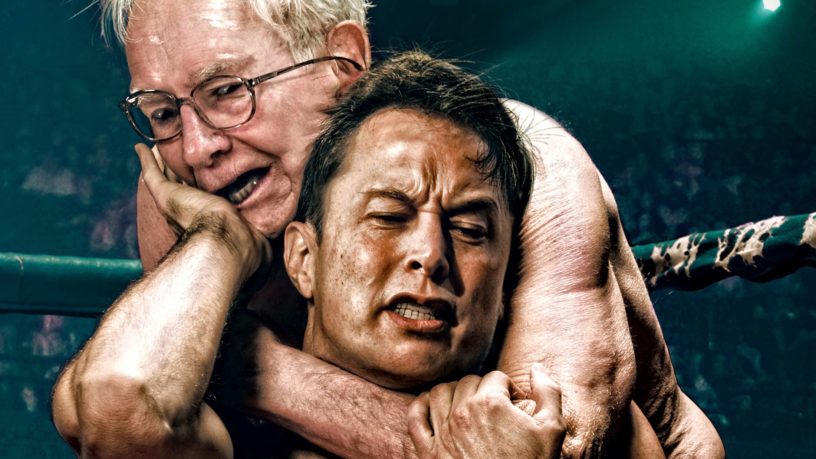 Berkshire Hathaway, the much-admired investment vehicle of legendary investor Warren Buffett, reported losing $1.1 billion in the first quarter of 2018, compared to a $4 billion reported gain in the same period a year ago. Cash on hand fell by $8 billion during the quarter and the value of its public investments and derivatives declined $6.4 billion.

Some people might see the reported figures and infer that something is amiss at the company. They would be wrong. Berkshire’s first quarter loss offers one example of why Buffett regularly advises that most investors should own a low-cost index fund, not individual stocks.

Berkshire’s huge reported loss was due simply to a change in an accounting rule – specifically the way companies are required to account for the prices certain of certain types of assets. Using the accounting regulations in place only three months earlier, Berkshire would have reported a gain of $5.3 billion, not a $1.1 billion loss. That $6.4 billion difference is simply a function of the way things are counted; it tells you nothing about the operations of the company.

That is, changing your scales from pounds to kilograms does not mean you’ve lost weight.

Likewise, Berkshire’s decline in its cash position is misleading if you don’t understand financial reporting. Not all cash declines are equal. For example, the electric car company, Tesla, reported a cash decline of almost a billion dollars in the first quarter, caused by simple, but unsustainable business math: Tesla doesn’t sell enough cars to pay its expenses. It eats cash every day. By contrast, Berkshire’s cash position declined $8 billion in the first quarter because the company spent almost $15 billion buying stock, including 75 million shares of Apple.

Because Berkshire Hathaway is more widely followed by the general press than most companies, you are more likely to have read an article or two about the potentially misleading nature of financial reporting, especially when the already convoluted accounting regulations are changed. Unless you are specifically looking for it, however, you are seldom going to find the same detailed explanation of most companies’ financial statements.

This is why most investors should be invested in mutual funds, not individual stocks. Most people don’t have an understanding of accounting and financial statement analysis, including the importance of the tiny print in the pages of report footnotes. That should be no shock, since a bunch of people in the investment advising business couldn’t explain the equity method of accounting for an investment or the difference between accounting for changes in marketable securities prices on the income statement versus only the balance sheet.