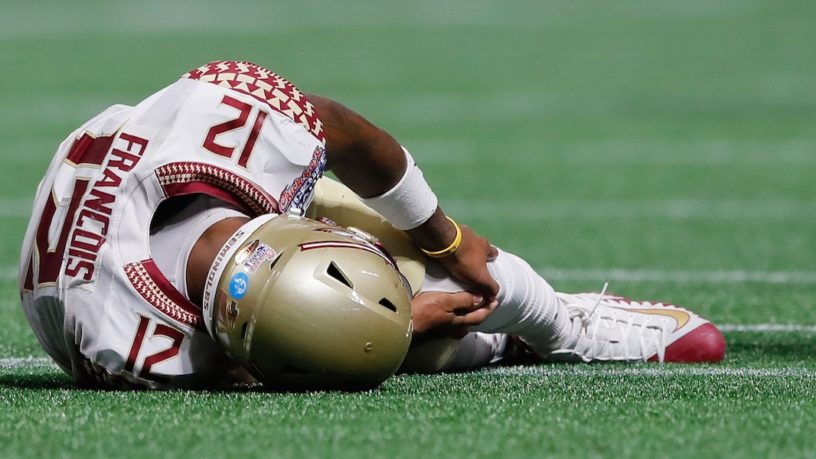 Forget the 25 million people who will watch Clemson and Alabama play for the football national championship, and the $5.6 billion ESPN paid to broadcast the college football playoffs. Ignore the $19.5 million Dabo Swinney and Nick Saban are paid annually, and the thousands of media representatives who make a living reporting on the activities of athletes too young to legally drink beer.

If there was ever a question that the NCAA’s self-proclaimed commitment to amateur athletics is a joke, recently revealed internal documents from the Pac-12 conference fully and finally expose the farce. Big-time football is a business, run by CEOs (university presidents) intent on maximizing “shareholder” value – no different than a garden-variety corporate raider thug in a $2,000 suit.

Documents obtained by The Oregonian/OregonLive reveal an internally-discussed plan to effectively sell a 10% stake in the Pac-12 athletic conference to a undisclosed group of financial/strategic investors, providing a one-time payment of $500 million to be split among the 12 universities comprising the conference membership.

It’s bad enough that universities collect hundreds of millions of dollars via the sweat and broken bodies of unpaid, but much-heralded overgrown youngsters. (If you are of the naive belief that tuition, books and board constitute compensation, you don’t understand that the highest level FBS football players are “paid” in a currency that is effectively worthless to them.) By selling a stake in a newly created Pac-12 athletic entity, USC, Stanford and 10 other institutions of higher learning will share profits with Wall Street.

The investors the Pac-12 seeks are not charities that will distribute $500 million so Washington State can continue to pay Mike Leach $3.5 million a year. They will demand a return on their investment. Yet fewer than 10 athletic departments in the entire country manage to break even. Of the 10 public university Pac-12 athletic departments, all operate at a loss. Selling their players to Wall Street like chattel or securitized mortgages won’t change two central facts: in addition to being immoral, the schools are also incompetent business managers.

If schools can sell 10% of their athletic departments, why not 49%? Or 100%? Would NCAA apologists and hero-worshipers still argue that athletes shouldn’t get paid – even if Wall Street firms do make money from USC vs UCLA?

Many athletic department employees sincerely care about their athletes. But when corporate raider Eddie Lambert is finished squeezing the last penny out of Sears and turns his interest to owning a college football team (12 of them, actually!) don’t expect him to spend money on concussion research or long-term medical benefits for athletic injuries.