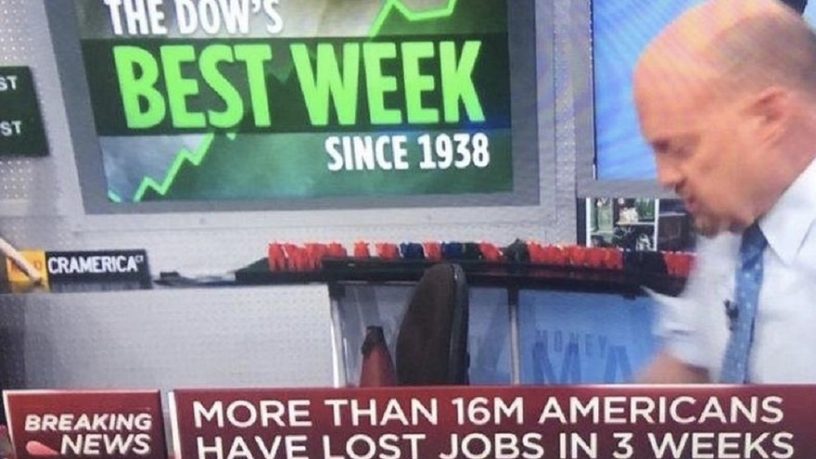 For decades, the most common question I have been asked in business-ish settings has been “what is the stock market going to do this/next year?” That question has now been supplanted by “when do you think this will be over?” Fortunately, I can use the same answer for either question: I don’t know.

Part of the difficulty in answering the new question is knowing exactly what “this” is. When will this be over? The lockdown? The yet-to-be-declared recession? The bear market for stocks? New coronavirus infections? New COVID-19 related deaths?

Even with a clear definition of “this,” however, no one knows the answer.

There are signs that Wall Street believes that the investing crisis may be over. After declining more than 750 points on nine separate days in March, the Dow Jones Industrial Average has increased 30 percent from its March 23 low of 18600.

Call me a skeptic, but it’s hard for me to imagine that a recession that puts 30 million Americans out of work and reduces U.S. Gross Domestic Product by 30-to-40 percent would only trigger a one-week bear market.

The physical health of Americans, the economy and the stock market are not the same thing, but they are related.

I am naturally an optimist and am bullish on America. But the U.S. economy is a complex, delicately balanced ecosystem. Even moderate disruptions in one area can result in unintended – and unanticipated – negative consequences. Something as small as a one percent adjustment in daily worldwide oil production or demand routinely results in ten-to-twenty percent change in oil prices. Multiply that effect by a factor of 100, and then apply it to every industry in the country. I don’t have a fancy multivariate econometric model projecting how an economic recovery will play out, but an immediate and full recovery doesn’t pass the smell test.

No one rings a bell when a stock bull or bear ends. The same is almost certainly true of pandemics.

With the recent stock rally, the market is beginning to signal that the end of the health crisis is near but getting the economy engine back on the tracks and running full steam may be more difficult than many investors expect.