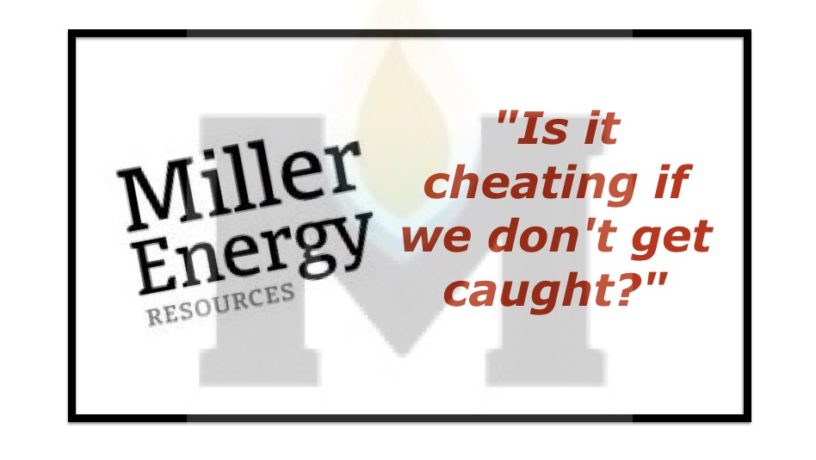 I will never trust a KPMG audit again.

Investors are faced with numerous risks and unknowns, but the credibly of a company’s audited financial statements is not supposed to be one of them. We can trust what is reported in an audit.

The Securities and Exchange Commission (SEC) charged global accounting firm KPMG for failure to properly audit now-bankrupt Miller Energy Resources. In neither admitting nor denying the charges, KPMG promised to try and do better in the future, gave back the fees it charged for the worthless audit and agreed to pay a $1 million penalty. The penalty is less than 0.004 percent of KPMG’s $25.4 billion annual revenues and is the equivalent of $3.93 to someone earning $100,000 a year. It is a joke.

Few people would disagree that Miller Energy and its executives were never burdened with an excess of either good character or good business practices. The company’s former CFO, COO and the head of its Alaska operations were all charged with accounting fraud related to items in the company’s 2011 audit that was conducted by KPMG and was the basis of the SEC’s charges against the one of the world’s four largest audit firms.

The details have been well-reported, including in this paper. In 2009, Miller paid $4.5 million to purchase some Alaskan oil and gas facilities. These assets were so worthless that the seller was about to abandon title to them. Immediately after its purchase, however, Miller reported that the assets were worth $480 million, or 10,000 percent more than the purchase price.

There is no excuse for anyone with a Wall Street Journal subscription, which I assume includes someone at KPMG, to be unaware that Miller’s claims fell somewhere between incompetently naive and grossly negligent. Within months of the purchase and revaluation of the Alaska assets, a number of analysts publicly questioned or outright criticized the bookkeeping maneuver. I wrote about it three times, the first time in early 2011, more than a year before KPMG issued its deficient audit.

Regardless of whether or not Miller’s accounting practices and KPMG’s audit met the criminal definition of fraud, it certainly met the functional definition. Miller executives lied and then used the lies to enrich themselves. KPMG placed its seal of approval on that fraud, despite months of public warnings from analysts. When the scheme was discovered, KPMG paid a penalty that is less than its annual expenditures for coffee.

The message to other auditors is that you can mislead the public and, if caught, pay a petty nuisance fine. KPMG’s actions should forfeit any credence its audits receive by the investment community. And the SEC’s enforcement action does little to lend credibility to those conducted by other firms.