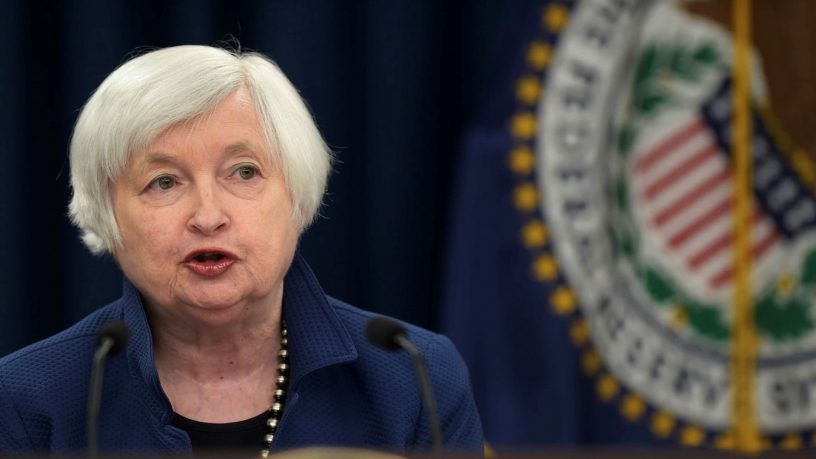 That is especially strange – and concerning – given that Yellen’s comments were a warning of something reminiscent of the financial crisis of 2008, but potentially much worse.

“We are worried about a loss of adequate liquidity in the market,” Yellen warned in typical economist-speak, noting that the overall supply of Treasury bonds has skyrocketed, without a commensurate increase in the ability of broker-dealers to make a market in those securities.

Since economists don’t use regular English, here is my simpleton’s translation: if the Federal Reserve stops buying Treasury bonds, there aren’t enough “natural buyers” to replace the Fed’s purchases. Without the Fed, it isn’t clear who would buy the endless supply of U.S. government debt.

This would be a real problem, one for which there really isn’t a precedent.

Since the first quarter of 2020 (pre-Covid), the U.S. Treasury has issued approximately $7 trillion of new debt. The Federal Reserve – a supposedly independent entity with the ability to create money from thin air – purchased more than $4 trillion of that new debt. That means that regular investors (especially including the largest Wall Street banks and foreign investors) purchased less than half of the new debt issued by the U.S. federal government.

For years, the comforting observation of almost every economist has been, “The debt and deficit aren’t problems as long as we can finance it.” And it has been assumed that we could always finance the debt. That is, until our nation’s Treasury Secretary almost nonchalantly suggested otherwise.

If her little noticed worry comes to fruition, what would that mean to actual people?

We don’t exactly know, as that would be completely uncharted territory, especially with respect to the U.S. Interest rates would almost certainly head even higher and remain so for longer than bond investors currently expect. The Federal Reserve might resume its bond buying binge with newly created money – but that would be counterproductive to its current goal of fighting inflation.

In late 2010 I asked the chair of the President’s Council of Economic Advisers, Austan Goolsbee, if there was either a practical or political limit to the Fed’s ability to create money, especially in excess of the growth in the economy. After dancing around my questions for a couple of minutes, he finally admitted that we couldn’t know the answer until we got to that point.

The Treasury Secretary’s warning suggests we may be getting close.