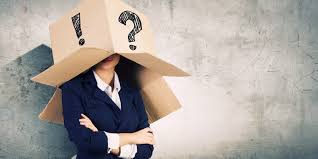 You read newspapers, or digital versions of them, almost guaranteeing that this piece is not for you. Please forward it to someone who gets his news from Snapface, Crackbook or some other truncated source of Hollywood gossip.

Learn to communicate, both verbally and in writing.

Pound sign is not a word. The resume of a recent UT business college student proudly noted that he was “#1 in [his] class” of some sort. I hope it wasn’t a business communications class.

Buy some note cards, or use printer paper if you are particularly poor. A sincere, well-constructed, three sentence, hand-written note sends a powerful message and is a massive differentiator.

Delete your Twitter, Instagram and Facebook. They just aren’t worth it. Prospective employers, customers and clients are going to Google stalk you. Unless you want to work at Hooter’s or as a personal trainer for bodybuilders, you do not want to work at a organization where your spring break photos increase your odds of being interviewed. Other than your Weight Watchers buddies, no one cares what you ate for dinner, and prospective employers will not be impressed reading of your disdain of either mornings or your current job.

Completely delete the word “like” from your vocabulary, even in its verb form. “Like” does not mean “he said.” I have heard job applicants use the verbal pause three times in a single sentence. My advice used to be if you wouldn’t write it, don’t say it. Lately, however, I have received emails from young people in which they have gone to the trouble of actually inserting extraneous and improper “likes” in correspondence. Just eliminate the word.

It isn’t fair, nor is it necessarily prognostic, but society generally equates both intelligence and competency with an ability to communicate effectively. Being one of the few people from my hometown who properly conjugated his nouns and verbs from time-to-time, I have benefitted from this illogical bias. The New York Times called Barack Obama’s keynote address at the 2004 Democratic National Convention “the speech that made Obama.” He was not yet even a U.S. Senator, but immediately became a presidential hopeful – not because of his policy positions or even his vision for America – but because, in Obama’s own words, he had a gift for public speaking.

The importance of being able to communicate effectively cannot be understated.