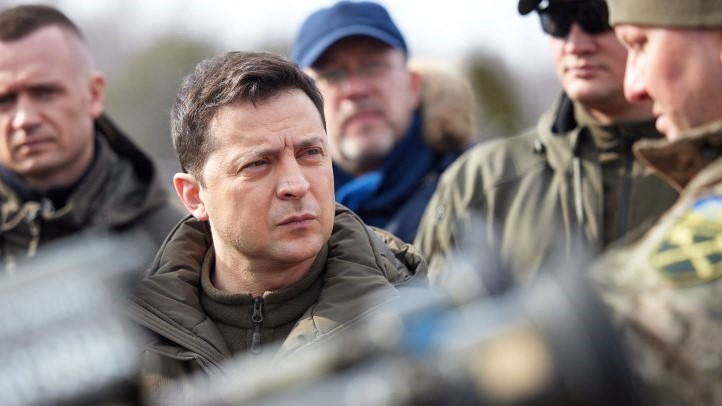 In the first three trading days following Russia’s invasion into Ukraine, the U.S. stock market increased more than three percent – including overcoming an initial 700-point Dow Jones Industrial Average drop in the opening minutes following the start of the invasion.

The market’s reaction isn’t based on speculation that Russia will fail in its attempt to overthrow the Ukrainian government or that the assault will be short-lived. No, investors breathed a collective sigh of relief when they realized that war in eastern Europe makes it almost impossible that the Federal Reserve will increase rates at its March 15 meeting.

That should provide some insight into the importance of interest rates as it relates to the value of financial assets. A madman with nuclear weapons may threaten lives around the world, but the loss of cheap money threatens profits.

War (along with its cousin, “minor incursion”) places additional inflationary pressures on the U.S. and around the world. But by its refusal to slow inflation over the past year, the Federal Reserve has painted itself into a difficult corner. To fight inflation now would require intentionally creating a recession – but there is no political will to do that during a war in eastern Europe (or with mid-term elections looming.)

During geopolitical conflict, ideally the Fed would ease the financial fallout by lowering interest rates. But interest rates are still essentially zero, despite an official inflation rate approaching eight percent. Had the Fed increased rates more than a year ago when inflation was both obvious and persistent, it might have room to ease monetary policy now. But by deciding to tolerate the inflation and kick the interest rate can down the road as far as possible, the Fed now has no monetary maneuvering room to ease any of the financial strain caused by Vladimir Putin.

Bank sign war update: After shutting down Gay Street for six weeks to install a new First Horizon Bank sign atop Knoxville’s tallest building, work on the massive sky billboard seemed to mysteriously stop almost two months ago. It would be strange for a bank to implement an expensive rebranding campaign at the same time it was shopping itself to potential buyers, but that seems to be exactly what happened. First Horizon announced last week that it was being purchased by Canada’s Toronto-Dominion bank in a deal the companies expect to close by January 2023. No word yet on plans for the four-sided blank white canvas currently sitting 330 feet above downtown or how much of the estimated sign cost of $400,000 First Horizon saved by halting construction.