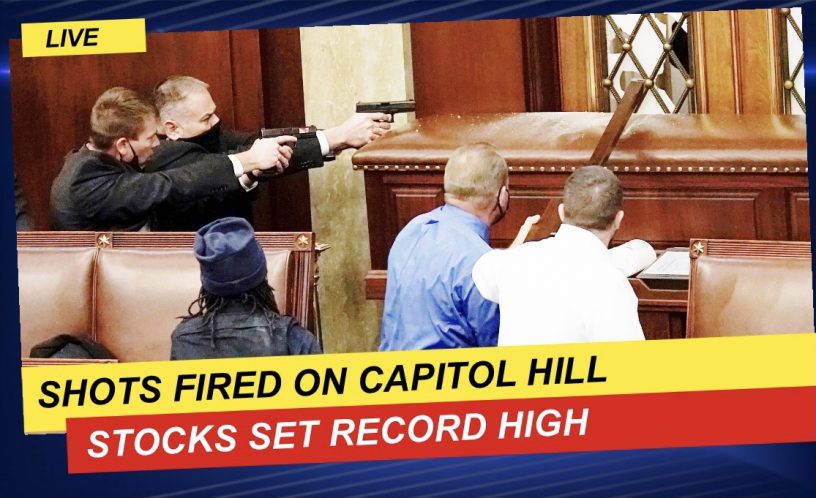 If Marty McFly had brought you a newspaper four years ago describing the 2021 Capitol Hill riot and asked you to guess the stock market’s reaction to events that day, you would have almost certainly guessed wrong. At 4:00 pm on January 6, just as the D.C. National Guard deployed to secure the Capitol Building, the closing bell rung at the New York Stock Exchange, ending a trading day that saw the Dow Jones Industrial Average jump 437 points and set another record high.

News headlines do not always help you understand the movements of the stock market. Riots and threats to the peaceful and civilian transfer of power are horrible events. They may define an era or reveal societal fractures. But they won’t be the determining cause of business prospects over the next four-to-eight years.

I am not a fan of anarchy or sedition, but from a purely investment standpoint, my current concerns are more related to corporate earnings, interest rates, potential inflation and stock price valuations. The P/E ratio of the U.S. stock market is currently in the top decile of its historical range, while the overall economy is in its weakest historical decile. By itself, however, overvaluation does not cause stock price declines; it is merely a condition that accommodates them. Prices can remain well above justifiable valuations for long periods, which is why it is a fool’s game to try and predict inflection points in short-term broad market trends.

The inability to predict market declines or jumps doesn’t mean that an investor is helpless. The most valuable thing investors can do is not automatically buy into the day-to-day euphoria or misery on Wall Street. If your December 401(k) statement surprised you with a positive return, don’t use that fact alone as justification to move your money into more aggressive or speculative assets.

In other words, don’t assume that the market is going to go up tomorrow simply because it went up yesterday – especially if yesterday’s price increase appeared to have no logical economic basis.

The 1968 Washington, D.C. riots following the assassination of Martin Luther King, Jr. lasted four days. The New York Times described the more than 12,000 National Guardsmen patrolling the streets of D.C. as “the largest occupation of an American city since the Civil War.” One local policeman described the scene: “Everything was on fire; it looked as if the world was ending.”

I am not equating last week with the civil rights movement – not at all. But our country survived 1968, as did our economy. I don’t mean to sound flippant or dismissive of the gravity of what happened on January 6, but I suspect we will survive that, too.