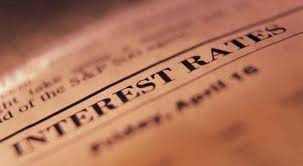 Perhaps the most common economic prediction over the past six or seven years is that the Fed’s massive quantitative easing program would result in much higher interest rates. Not only has that consensus forecast been wrong, but even when the Fed has pretended to increase rates, they have continued to fall. Since the Fed announced a quarter-point increase in the Fed Funds rate in December 2015, rates on 30-year Treasuries have fallen from 3.0 to 2.2 percent; 10-year Treasury yields are now 1.5 percent, compared to 2.3 percent eight months ago. And the average 30-year fixed mortgage has fallen a half a percentage point, to 3.45 percent.

So much for a rate increase.

In 1998 the Treasury Department was replacing newly matured 30-year Treasury debt with five-year issues, saving the interest spread between the short and long-term rates. At the time I argued that the Treasury was missing a fantastic opportunity to lock in low long-term rates, even though the short-term result would be higher interest costs.

There are a number of potential explanations of why rates haven’t increased; that’s a separate topic. But, what if the consensus expectation remains wrong? Can rates stay low essentially forever?

The baseline against which most of today’s investors gauge where interest rates “ought to be” is the 1965-to-1982 period—17 years in which interest rates skyrocketed, eventually reaching historic highs. In the context of the oldest recorded history of interest rates, that period was an anomaly. Considered historically, today’s rates are low—but not ridiculously so—especially when compared to the past couple thousand years.

Investors make the most money by avoiding or taking advantage of non-consensus financial expectations. The consensus has been wrong about interest rates for a long time. There is a chance that will continue.